Mohammad Hammad, president of GUPS has a history of promoting terror

By late November, reports of the incident at San Francisco State University began appearing in the mainstream media.

It continued to get coverage in the blogsphere, as well.

Advocacy groups including the ADL and Camera on campus wrote about the incident.

As more and more people became aware of how GUPS poisoned the campus climate at SFSU,  information began leaking out slowly.  The Nov. 7 incident was not the first time the General Union of Palestinian Students glorified terror and violence. It was not an isolated incident.

On Nov.26, Elder of Ziyon and Bob, from his comments section noted that the president of GUPSs, Mohammed Hammad, and left a wide slime trail of hatred and incitement across the web, reporting:

“Hammad has three Tumblr accounts, which have all recently become password  protected: palestinianliberator, canttouchthisnuhnuhnuh, and astrangerdanger. Between the time that the disgusting signs were publicized and the time that the GUPS realized that they have a public relations problem, Hammad described to his friends on Tumblr exactly who the target of the signs are – and his opinion does not refer only to to Jews who lived in Israel in the 1940s” From a Tumblr page of Mohammad Hammad, president of the General Union of Palestinian Students at San Francisco State University. Photo: Screenshot / Elder of Ziyon.

One of his Tumblr accounts read:


“You know what? / Israelis ARE colonizers, there is literally no way around it / And you know what else? / My heroes HAVE always killed colonizers / I literally see nothing wrong with this and my only regret is that not all colonizers were killed / HMM”


“I will no longer support the two-state solution, and will vie for the liberation of Palestine through the reclamation of the lands that are rightfully ours through any means necessary. If the Israelis want to live in peace with us, so be it, but this peace will NOT be on their terms. It may be Palestinian freedom fighters who pull the triggers, but whatever lives are lost in the battle for liberation rest squarely on the shoulders of Israel. Until return, and until liberation, one-state for Palestinians through any means necessary.


The next day Nov. 27, Elder of Ziyon reported:

From the San Francisco State University General Union of Palestinian Students Facebook page, on sale for $20, and created a very appropriate response. 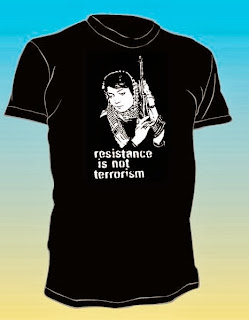 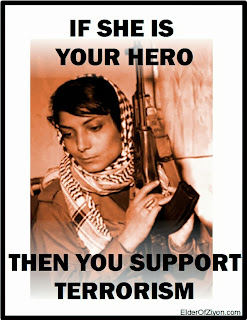